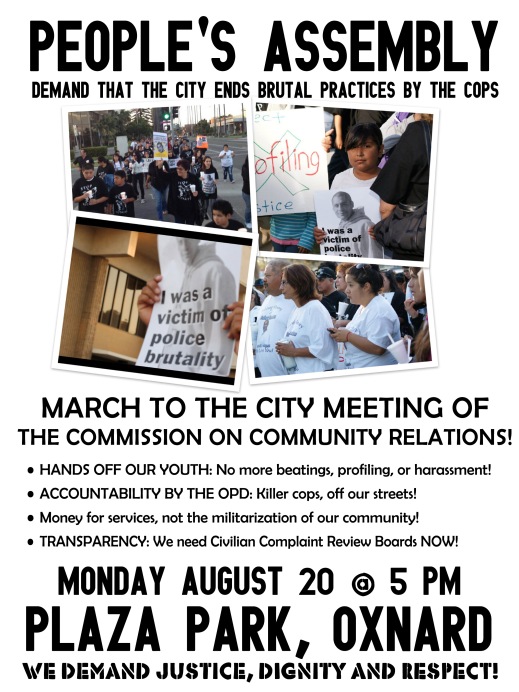 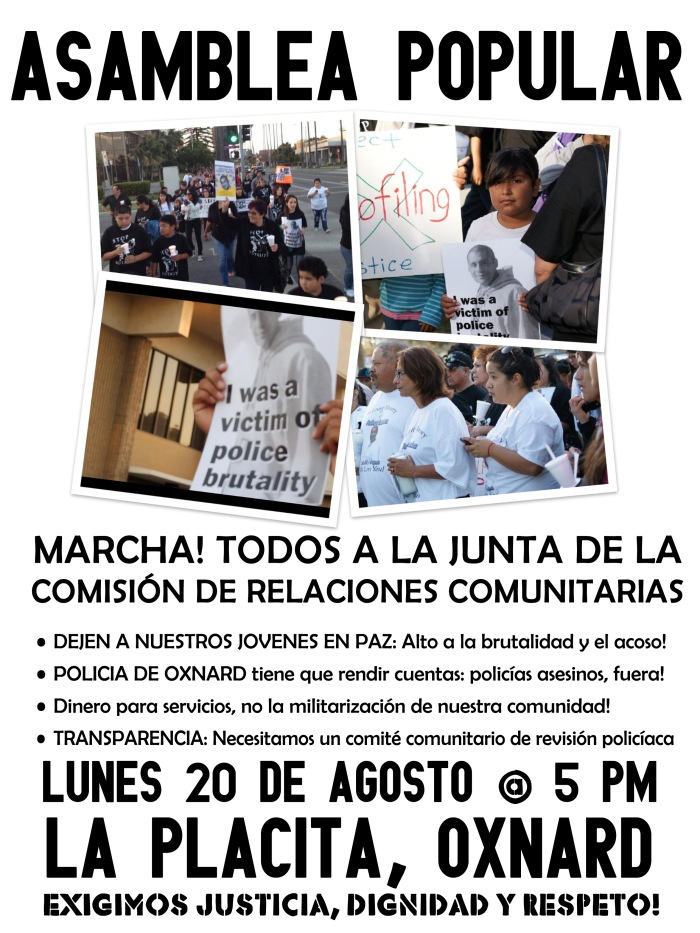 On Monday, August 20th, community members, family and friends of Robert Ramirez, the young man that died while in the custody of the Oxnard Police department, will gather at 5pm at Plaza Park in Downtown Oxnard. This will be followed by a march to the Oxnard City Council Chambers, located at 305 E. Third Street, to the Commission on Community Relations (CCR) meeting at 6pm.

CONTEXT: Robert Ramirez’s Death in Custody of Oxnard Police Department Raises Question of Brutal Practices
Originally, the goal was to make a formal presentation to the CCR as an item on the agenda. However, as of Thursday August 17, the Interim City Manager, City Attorney and the Chief of Police have blocked the community from making a formal presentation. Community members will make public comments and demand an independent investigation into the clear circumstances leading to Robert Ramirez’ death at the hands of the Oxnard Police Department.
VIDEO:

The people of Oxnard will no longer be shoved around. Efforts are underway to ensure that the City of Oxnard or the Oxnard Police Department practice accountability to residents of the community. Community organizations such as the Todo Poder al Pueblo Collective have pledged to continue organizing actions to expose the ongoing patterns of police brutality such as that which claimed young Ramirez’s life.