When police commit cold-blooded murder, they’re not treated like criminals — but their victims, like John Hernandez & Robert Ramirez, are criminalized and slandered.

John Hernandez of Houston, Texas, will be remembered more for his death than his life. On the floor, with a police officer’s husband on top of him, he was not able to give any last words. We cannot ask him how he would like to be portrayed, beyond a short clip when he is struggling for his life. Instead, we are left with the images of his murder: a slow choke-out while the killer’s family threaten those who are filming with arrest. His murderer was left to walk away freely from the scene of the crime. Hernandez died from his injuries three days later.

The police will be quick to say that the altercation began when John Hernandez urinated outside of a Denny’s that night. Any small act will be used to criminalize Hernandez, to invite questioning of his character.

The implication is that urinating is an obscene act, not a natural one that we all do. Rich people pay thousands of dollars to “rough it” outdoors and bury their solids under the soil. But when a non-rich male of color does this in a city, it is shown as evidence of a life of crime.

The altercation began not when John Hernandez decided to relieve himself outside, but when Hernandez’s killer decided to put his hands on him. That was the beginning point of violence.

The murder of John Hernandez by Deputy Chauna Thompson, 45, and her husband, Terry Thompson, 41

We are reminded of Eric Garner, choked to death for selling cigarettes on the side of the road while people filmed.

We are reminded of Trayvon Martin, whose body was drug tested but whose killer was not.

And we are reminded of a much lesser known case closer to home, that of Robert Ramirez.

Robert Ramirez was murdered by the Oxnard Police Department in 2012. Emergency services were called for Robert Ramirez when he was undergoing a drug overdose. His life could have been saved. Instead, seven police officers choked him until he died of  “Asphyxia from Active Prone Restraint.” While an ambulance waited down the street, the officers slowly drained the life from Ramirez.

After the murder, the police denied any kind of assault. If it hadn’t been for a Ramirez family member who was working at the hospital where Ramirez’s body was taken, it is unlikely that the true story would have been told. The pictures that the family member took of Ramirez’s body were key parts of evidence to show excessive swelling and bruising that have only occurred as a result of a violent attack.

Although the brutal actions of the police were later found in court to be the cause of Ramirez’s death, and the city of Oxnard was forced to pay money to the Ramirez family, none of the officers were charged with a crime. Instead, the police maintained a stream of character assassination against Ramirez, refusing to take responsibility for their crimes. 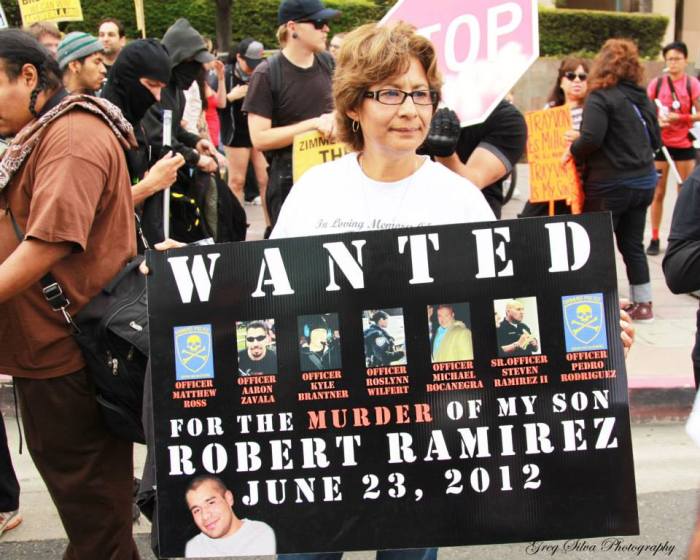 When the victims of police violence are people of color, their guilt is already assumed. The pattern of murder, slander, and denial is widespread in cases of police brutality.

Remember John Hernandez and Robert Ramirez when the police are doing community outreach in local neighborhoods, taking pictures with children, and trying to portray themselves in a friendly light.

When the police (or their families) commit cold-blooded murders, they will not be treated like criminals. When the victims’ names are released, the police will rush to criminalize them. When no officers are charged with crimes, they will hope you forget what they did.

But we will remember.

All victims of police brutality – PRESENTE. 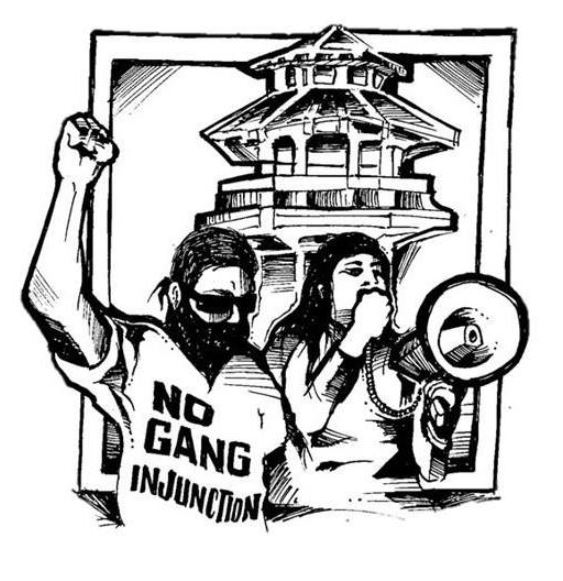